Planting trees is not a solution

Planting trees will not make a major contribution to tackling the climate emergency.

Although there are many good reasons for planting trees, there are several problems that severely restrict the contribution that tree planting can make to tackling the climate emergency.

There are three main problems:

The amount of CO2 taken up by trees is too small 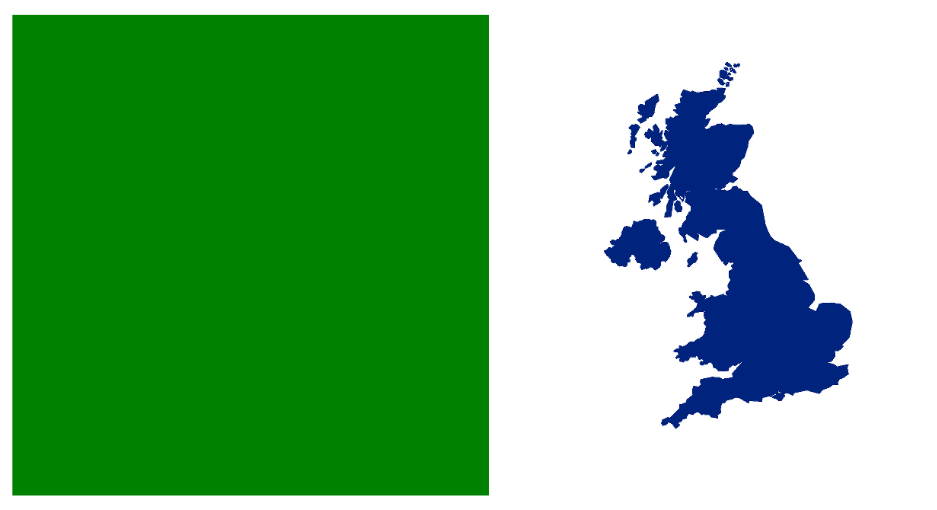 For the UK, to cancel out the greenhouse gases it produces each year (930 million tonnes CO2 equivalent), it would therefore need 1.86 million square kilometres of forest. This is eight times bigger than the total area of the UK (which is 245,000 square kilometres), as shown in the diagram.

Furthermore, this calculation ignores the energy used in growing the sapplings, and in their distribution and planting. If we were to include these, the area needed would be even greater.

Currently, about 13% (32,000 square kilometres) of the UK land area is forrested [2]. If this were to be doubled, the CO2 taken up would be 16 million tonnes per year. This is just 2% of the UK's greenhouse gas emissions.

So planting trees cannot make a significant contribution to dealing with the UK's CO2 emissions.

Globally the situation is little better. To absorb the annual 34 Gigatonnes of CO2 would need around 68 million square kilometres of forest. This is about half the planet's land area. Given that almost all of this land is already forested, or is unsuitable for forests, or is in use for growing food, it is not possible for new forest planting to absorb the global CO2 emissions, and suggestions that it is are either wishful thinking or deceitful.

The take-up of CO2 is too slow

To stay within 1.5°C of global warming, net emissions need to be halved by 2030 (faster in high emission countries, e.g. by 2025 in the UK - see document 33). In this timescale, trees planted will still be saplings and not yet absorbing much CO2.

The CO2 taken up by trees is taken up only temporarily

The CO2 taken up is usually given up again when the trees die and decay. It is only in very exceptional circumstances that fallen trees (or other vegetation) decompose only partially, resulting in peat and coal formation.

Tree planting is not an answer to the climate crisis. Instead, we need to move quickly to solutions that will work - including phasing out fossil fuel use by stopping flying, by phasing out cars, by insulating homes, and by local food production and distribution.

It is clear from these simple calculation that planting trees is not an answer to the climate crisis. So it is very disappointing that this method is so often put forward.

It is important that policies are based on the science.

Other estimates for CO2 taken up by trees

The source used for the calculations in this article is the paper from the United States Department of Agriculture [1] giving 0.5 kg CO2 per square metre per year.

A second source gives a roughly similar figure. According to the Trees in Trust website [3], an acre of mature trees can capture 2.6 tonnes of CO2 per year (the original source is not given). An acre is 4047 square metres, and so this is equivalent to 0.64 kg CO2 per square metre per year.

Other assessments of tree planting