Despite the numerous international agreements since 1992, global CO2 emissions have continued to increase. 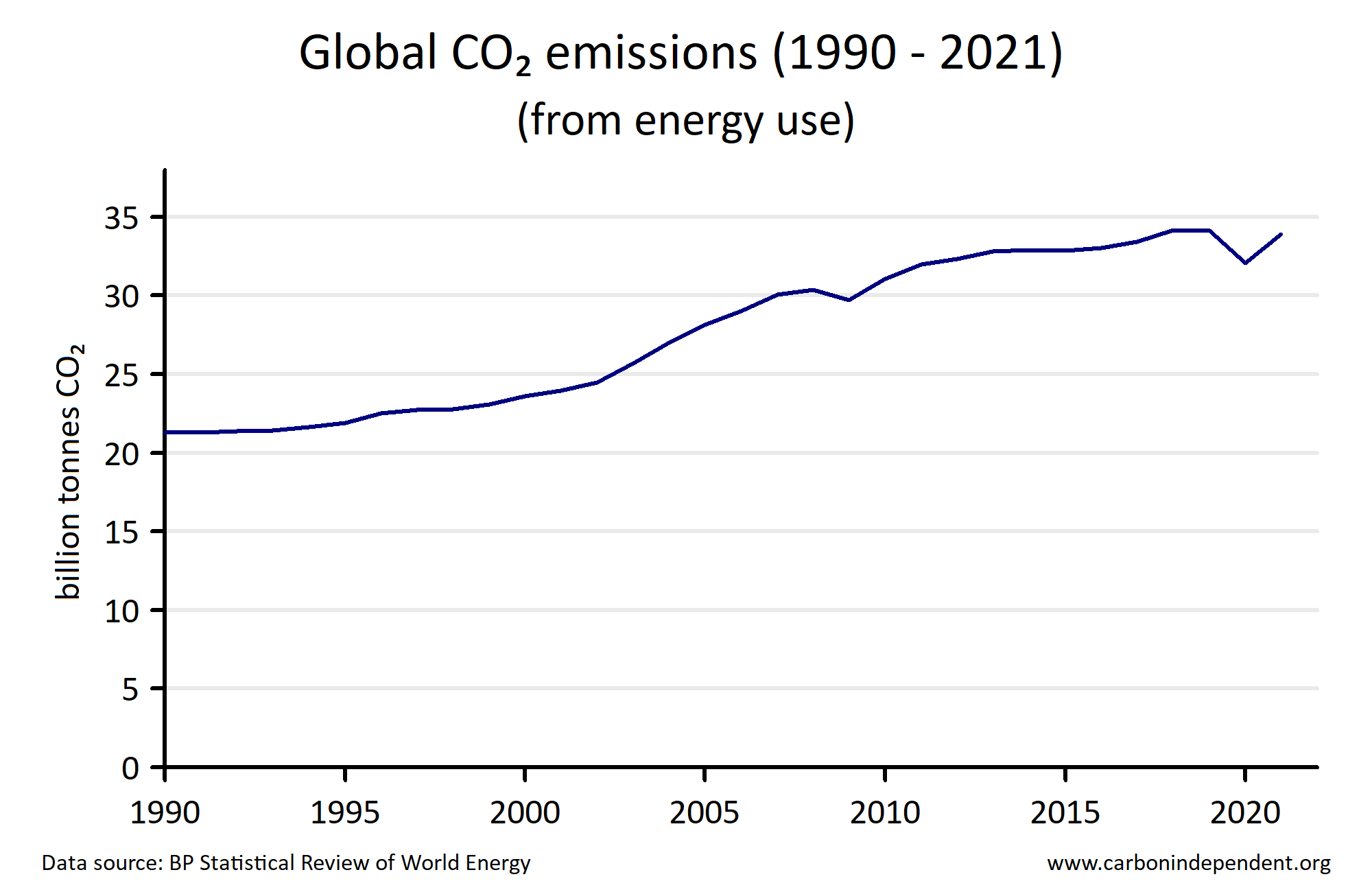 The global total has continued to rise despite the the signing of international agreements, including

The data is taken from several editions of the BP Statistical Review of World Energy, most recently the 2022 edition [1].