The IPCC report of 2021 estimated that the remaining global CO2 budget to remain within 1.5°C of global warming is 400 billion tonnes CO2.

This timescale is very far from what UK citizens have been led to believe, so the calculations are set out here in detail so that readers can decide for themselves.

To stay within 1.5°C of global warming, immediate radical action is needed to phase out the burning of fossil fuels.

What is the CO2 budget?

As the concentration of CO2 in the atmosphere increases, so does the average global temperature. There is a scientific consensus that we must make great efforts to limit global warming to 1.5°C - see document 54.

From the total amount of CO2 emitted by mankind in the past, and the effect it has had, we can estimate the limit to further emissions of CO2 if we are to keep global warming within a particular limit e.g. 1.5°C.

This is known as the CO2 budget (or carbon budget).

By comparing the CO2 budget with current annual CO2 emissions, we can calculate how long the budget will last if no changes are made, which indicates the degree of urgency of action. 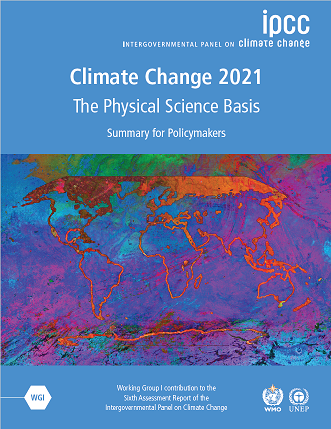 The AR6 WG1 report [1] was published by the Intergovernmental Panel on Climate Change (IPCC) in August 2021. (The IPCC is the United Nations body for assessing the science relating to climate change.)

The report includes figures for the CO2 budget for 1.5°C. The budget calculations had been adjusted slightly since the previous IPCC report of 2018, according to the further information available.

The mathematics are simple, but the conclusion of a timescale of 2 years is so far from what is being discussed that the calculations are set out here in detail, so that readers can decide for themselves.

Most people are either unaware or in denial about the severity and urgency of the climate emergency.

Why the 2-year timescale should be common knowledge

Other sources on CO2 budgets

1. Zero carbon sooner: a working paper by the Centre for the Understanding of Sustainable Prosperity at Surrey University (updated 2021) [3] [4]. 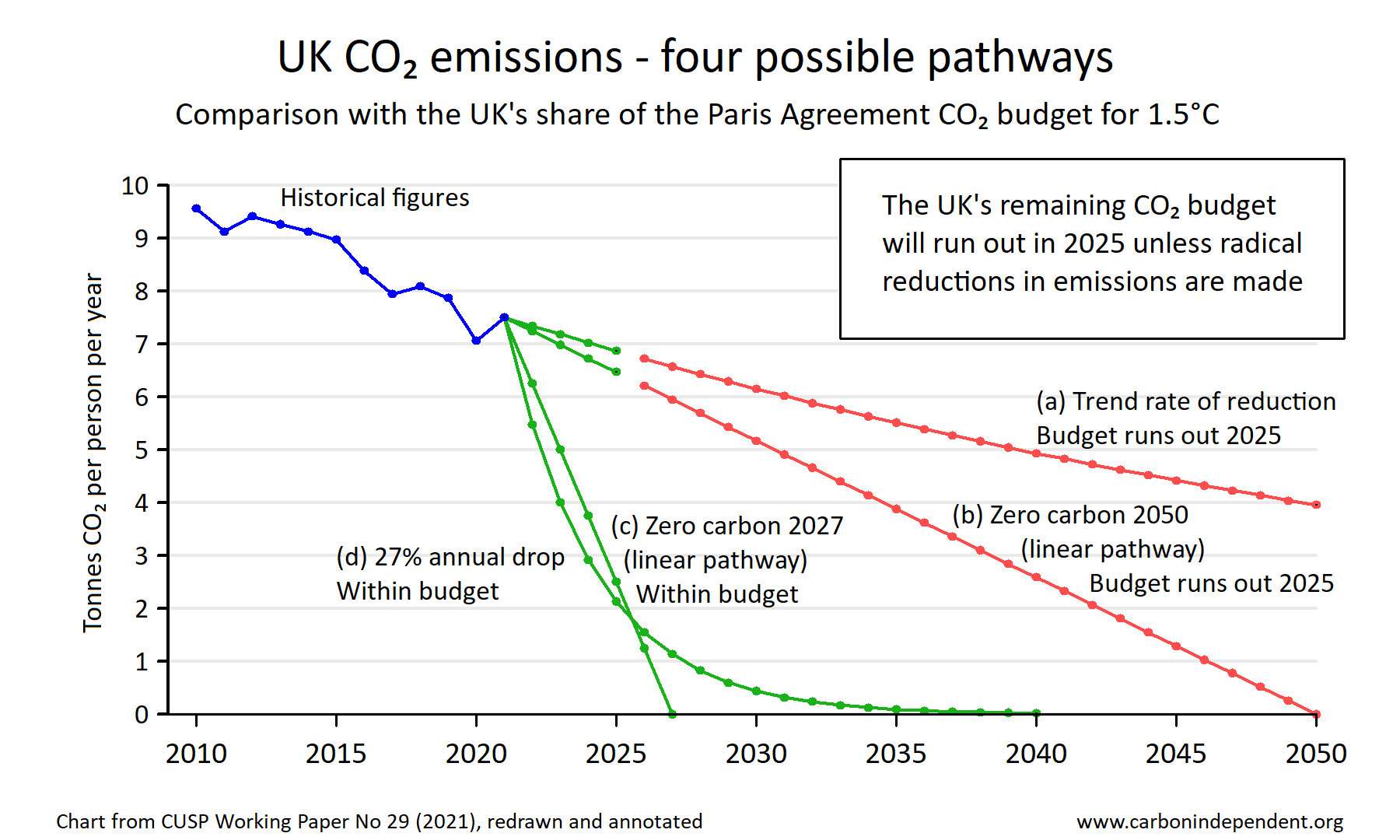 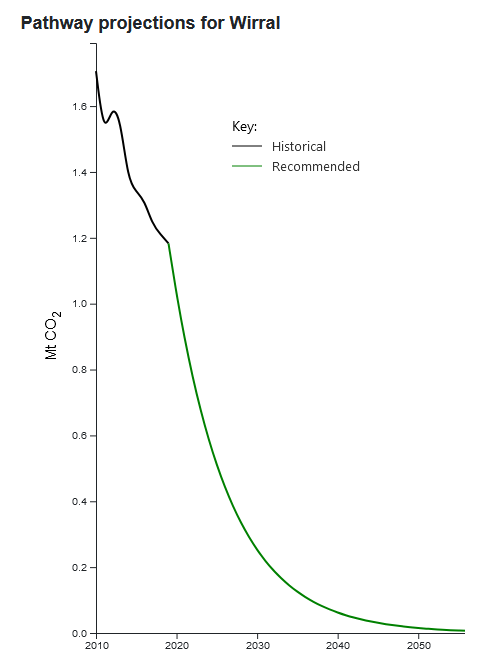 2. The Tyndall Centre reports: The Tyndall Centre for Climate Change Research at the University of Manchester published similar calculations in 2019 in reports for each UK local authority [5]. For example, the report for Wirral Council [6] showed that annual cuts in emissions of 13% were needed (with the lack of action, faster cuts are now required). Figure 1 of the report ("Pathway projections for Wirral"), showing the rapid cuts, is reproduced here.

Why the 2-year timescale is not common knowledge

The main points on this page have also been published: